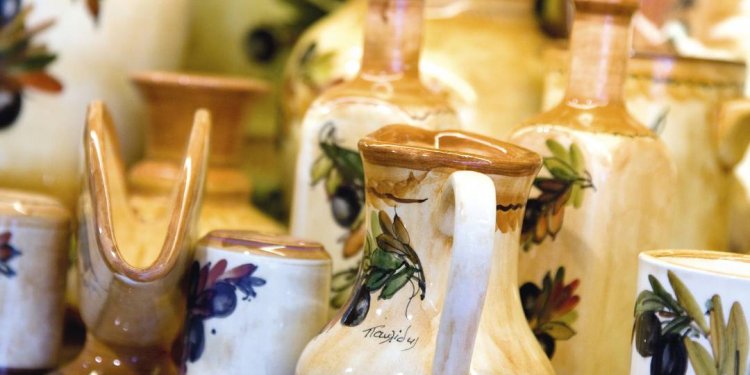 This story is, literally, stone age meets digital age: University of Washington researchers are combining the ancient art of ceramics and the new technology of 3-D printing. Along the way, they are making 3-D printing dramatically cheaper.

About five years ago, Mark Ganter, a UW mechanical engineering professor and longtime practitioner of 3-D printing, became frustrated with the high cost of commercial materials and began experimenting with his own formulas. He and his students gradually developed a home-brew approach, replacing a proprietary mix with artists’ ceramic powder blended with sugar and maltodextrin, a nutritional supplement. The results are printed in a recent issue of Ceramics Monthly. Co-authors are Duane Storti, UW associate professor of mechanical engineering, and Ben Utela, a former UW doctoral student.

“Normally these supplies cost $30 to $50 a pound. Our materials cost less than a dollar a pound, ” said Ganter. He said he wants to distribute the free recipes in order to democratize 3-D printing and expand the range of printable objects.

Recipes are available on the magazine’s Web site at .

Glitzy three-dimensional printers have become common in the industrial world, churning out fast 3-D prototypes of everything from airplane parts to running shoes. But the machines also are becoming popular among artists, hobbyists and educational institutions.

For the past 15 years Ganter has taught an engineering course introducing students to rapid prototyping that draws students from engineering, art and architecture.

“When powders are $30 a pound, I can’t let students try something new or experimental, ” Ganter said. “But when it’s $1 a pound, I don’t care. I encourage them to try new things.”

The lab can go through $4, 000 of materials per quarter, he said. In the 15 years of the lab’s operation, bills for materials dwarf the roughly $20, 000 initial costs for a printer.

Lab fees were already at the maximum, Ganter said, so instead the group went looking for a different approach: cheaper materials.

“If we’re in trouble financially, imagine what’s it like at a high school or a technical school?”

Three-dimensional printers are based on inkjet technology and look like photocopying machines that spit out solid objects. The inkjets are filled with an adhesive, or binder, that prints onto thin layers of powder. Any surface with binder will be included in the finished object. Users generally create their designs on a computer and send the completed design file to the printer. The object gets built up layer by layer, each about the thickness of a piece of paper, over 10 to 60 minutes. Users then dust or blow away the excess powder to reveal the prototype.

The UW group has initially published results and formulas using three different types of ceramic powders, which are sold at local pottery or clay stores by the 50-pound bag. Most other supplies are purchased at local restaurant supply stores.

Using anything but company product may violate the printers’ warranties.

“We can fix our own printers, so we’re not worried, ” Ganter said. “And most of our materials are so close to what’s being used that the risk of damaging the machine is small. In the worst-case scenario, if we can’t fix the machine ourselves, we would have to pay for a repair.”

The low-cost ceramics experiment began about four years ago when the group had a National Science Foundation grant to print custom dental implants. Utela began experimenting with different materials and processes, and eventually published papers describing how to figure out if one could 3-D print in a given material, and suggesting many of the required parameters.

The ceramic printing follows from Utela’s work. Three-dimensional printing was already possible for engineering-grade ceramics that have high firing temperatures. This is one of the first 3-D printers to use artist-grade ceramics, which fire at lower temperatures.

Creating the actual formulas was a process of experimentation and sometimes trial and error. Graduate student Ian Blanch spent six months perfecting the procedures and formula for a single powder-and-binder combination, Ganter said. Much progress has been made since then, and the team continues to experiment with new materials, including rice flour.

Now that the ceramics formulas are working, it should make the technology more accessible to anyone who are used to working with traditional art ceramics, he said.

“I’m printing in the exact materials they use. So they can even use all the same glazes and glazing techniques, ” Ganter said. Artists and museum curators are already investigating possible collaborations, he said.