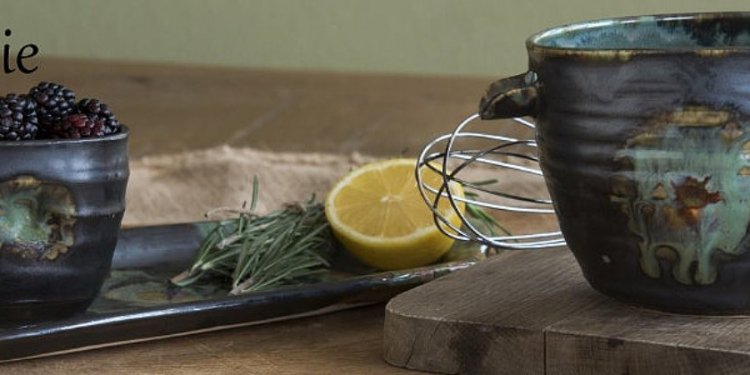 The Midwinter ware from the pre-Second World War and immediate post-war periods are of good quality, but are conventional and of relatively little interest to collectors. The Pottery was a mid-size manufacturer of tableware in the 1930s and there are some art deco patterns that would be of minor interest to collectors.

From the end of the Second World War in 1945 until the advent of Stylecraft in 1953 the Pottery continued with mainly plain whiteware for the UK market (until restrictions were lifted in 1952) and conventionally decorated ware – floral patterns, gilding and banded wares for export.

Stylecraft was introduced in 1953 and was the first of the ‘modern’ Midwinter wares. In summer 1952 Roy Midwinter had returned from a sales trip to Canada disappointed in the reception of the company’s offering, but with advice to examine the shapes and patterns being produced by new, young designers in California. On a subsequent visit to California Midwinter saw and embraced the work of designers such as Eva Zeisel, Russel Wright and Raymond Loewy that were designing new fluid organic forms very different to the tableware of the pre-war era. The result was ‘Stylecraft’, a modern shape that differentiated itself in the market, yet was practical and ‘not too different’. The range was released in February 1953 with ’40 shapes and 36 contemporary patterns’. The plates and other flatware were ‘squared’ with a narrow rim. Jessie Tait produced the great majority of patterns for the Stylecraft range. Best known today are Homeweave, Primavera, Fiesta, and Red Domino.

Also of note are the collectible ‘Riviera’ based on sketches made in France by Sir Hugh Casson (later re-launched as ‘Cannes’ on the Fashion shape), and the zoologically accurate ‘Wild Geese’ wildfowl studies prepared by Sir Peter Scott of the Slimbridge Wildfowl Trust and produced in association with Jessie Tait.

The Stylecraft range continued in production into the early 1960s.

The Fashion shape, released in 1954, took the Midwinter look to another level. The shape fully embodied the organic modernism of the American designers. The flatware was now rimless - regarded as a bold step at the time – and the pots and bowls had free-flowing, fluid lines.

Confusing for collectors, but perhaps understandable at the time, advertisements and backstamps often refer to ‘Stylecraft Fashion tableware’ or ‘Stylecraft Fashion shape’, as a way of introducing what was a very bold shape to a conservative public.

There are at least 120 patterns recorded on the Fashion shape including many Stylecraft originals. Well known are the Sir Hugh Casson’s ‘’, a reworking of the popular ‘Riviera’ pattern introduced on the Stylecraft shape in 1954; ‘Nature Study’ (1954) and ‘Plant Life’ by Terence Conron; and ’ and ‘’ by Jessie Tait.

Sir Peter Scott of the Slimbridge Wildfowl Trust also worked with Jessie Tait to design a series of zoologically accurate wildfowl studies including ‘Wild Geese’ John Russell and Eve Midwinter also designed successful patterns for the Fashion shape. The shape was produced into the late-1960s.