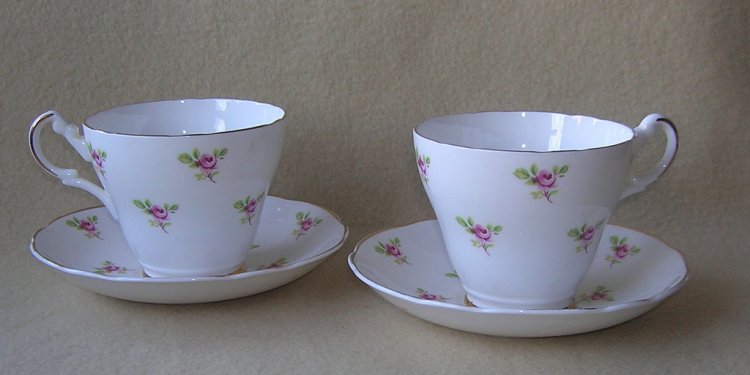 Do you drink your coffee from a favorite earthenware mug every day? Do you keep your orange juice in a rustic jug you picked up for a few pesos in Mexico?

If so, there may be more in your java or o.j. than you bargained for: lead.

There is evidence that lead poisoning from dinnerware didn't end with the Roman emperors. In fact, some doctors and lead experts believe that consumers are buying and using ceramic dinnerware that is leaching lead at levels that pose a serious, even life-threatening, health hazard.

"It's pandemic, " said Don Wallace, an industrial hygienist who nearly died from lead poisoning finally traced to pottery that he and his wife had bought in Italy. Wallace, a retired Air Force lieutenant colonel, got his master's degree in industrial hygiene because of his experience and, at his own cost, has tested hundreds of suspect items.

"How many time bombs are sitting out there? . . . The number is manyfold more than the most liberal estimate that exists now, " he said.

Indeed, Wallace was responsible for alerting the U.S. Food and Drug Administration to three items recalled within the last year because they were found to have lead levels exceeding the allowable federal standard.

In May, 1986, the FDA ordered the California mail-order retailer Williams-Sonoma to recall 16, 000 earthenware Cazuela cooking pans made in Spain after some were found to have 95 times the amount of lead than is considered safe. Two months later, Williams-Sonoma also recalled 2, 000 wine jugs from the same Spanish manufacturer after the FDA found that some released almost three times the amount of lead allowed.

In September and in October, 1986, Pier I Inc., with 350 stores nationwide, recalled 6, 000 earthenware pitchers from Italy, some of which were releasing almost eight times the allowable lead, according to the FDA.

In all three recalls, the problem was caused by lead-regularly used in making colorful glazes-leaching from the surface because the foreign-made pottery was not fired at the high temperatures legally required in the United States.

The effects of lead poisoning are broad and can be long lasting: hypertension, heart and kidney damage, stroke, aggressiveness, depression and, in children, a lower IQ. What is worse, lead experts say, is that many doctors misdiagnose the symptoms of acute lead poisoning, which include anemia, fatigue, abdominal pain and loss of wrist strength. Other subtle, longer-term effects-such as lowered IQ-can go undetected altogether.

"They will remove your appendix before they will test for lead poisoning, " said Dr. Richard P. Wedeen, associate chief of staff for research and development at the Veterans Administration Medical Center in East Orange, N.J., and an author of a history of lead poisoning. "I think we really don't know how much lead poisoning exists in our society, and it's hard to estimate how much is caused by (improperly fired) ceramics."

According to the FDA, the problem is not with dinnerware made by reputable U.S. manufacturers but with pottery and some stoneware made in developing or poorer countries-most prominently Mexico and China-where firing temperatures are less stringently monitored. Pottery-unlike porcelain, bone china and most stoneware that must be fired at high temperatures-can be, if not monitored, fired at lower temperatures that allow the lead to break down and be discharged into food or liquids.

This process can be quickened when the improperly fired ceramic is exposed to acidic juices, vinegar or coffee, is put in the dishwasher or is scrubbed regularly. Unfortunately, to the naked eye, a piece of lethal pottery will look the same as one that has been fired at the right temperature.

With imports accounting for at least 60% of 1985 ceramic dinnerware sales in the United States, according to the U.S. Potters' Assn., the FDA has stepped up efforts to spot-check foreign-made dinnerware for lead levels. But FDA officials admit that the agency does not have the manpower to test many of the incoming shipments.

where can i buy a roadmap how often teachers get paid when london was capital of america how many solutions does this equation have how much teaching assistants get paid how far does a gps tracker work startup company which entrepreneur is associated with the financial industry whose teachings are collected in bijak why solutions must be standardized what manager has the most ejections who management of chronic disease where project managers work where is solution in geography where is the source located how much solution to put in vax carpet cleaner where to design business cards who started whose line is it anyway what development did you find how long management how many business hours in a year what start up chemicals for hot tub how much london eye how product managers prioritize features when technology fails who product registration how far technology has come where design software when solutions of kcl and pb no3 2 are mixed what science is taught in 8th grade how much solution in contact lens case why solutions class 4 where was technology first invented which startup stocks to buy how much solution to put in hoover carpet cleaner burow's solution where to buy when london was founded why manager is important in an organization why startups register in delaware which entrepreneur is associated with the financial industry what design style is cb2 where is the roadmap dealership in greenville roblox what system is the spleen in where to make road map which project sekai character are you which science is the most important how many design slots acnh what start up expenses are deductible
Source: articles.latimes.com